Body language is one of the two ways that you are going to
pick up on the majority of tells in live poker. You can learn a
lot from hearing someone talk, but many players won’t talk much
if at all when they are in a hand. Because of this you need to
learn how to gain information from other, more subtle clues that
are available.

Unlike talking, body language is much more
difficult to provoke. You’ll undoubtedly get someone to
shift around when speaking to them, but you can’t read directly
into these actions in the same way that you would with something
spoken. Body language is the type of thing that you’ll get
infinitely better at reading as time goes on. This could be said
about most any skill in poker, but picking up on tells is truly
something that requires actual game play experience to learn and
improve upon. 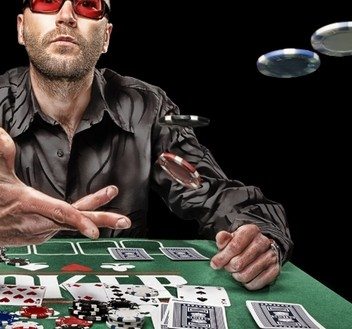 Body language comes, to me, in two different varieties. First
there are the standard actions that occur well before a hand
gets overly involved. This would include pre-flop play and the
first street or post-flop action. The next type of body
language is demonstrated when someone is involved in a more
significant pot. A player might place a river all in bet or be
facing a decision when they start to really squirm around. Of
course, if they are acting last, their body language is
irrelevant to the outcome of a hand. If, however, you are
deciding whether to call a player’s bet, you can make an
educated guess based largely on how they are acting. Using these
two defined types of body language, we are going to take a
closer look at what you should be keeping an eye out for. 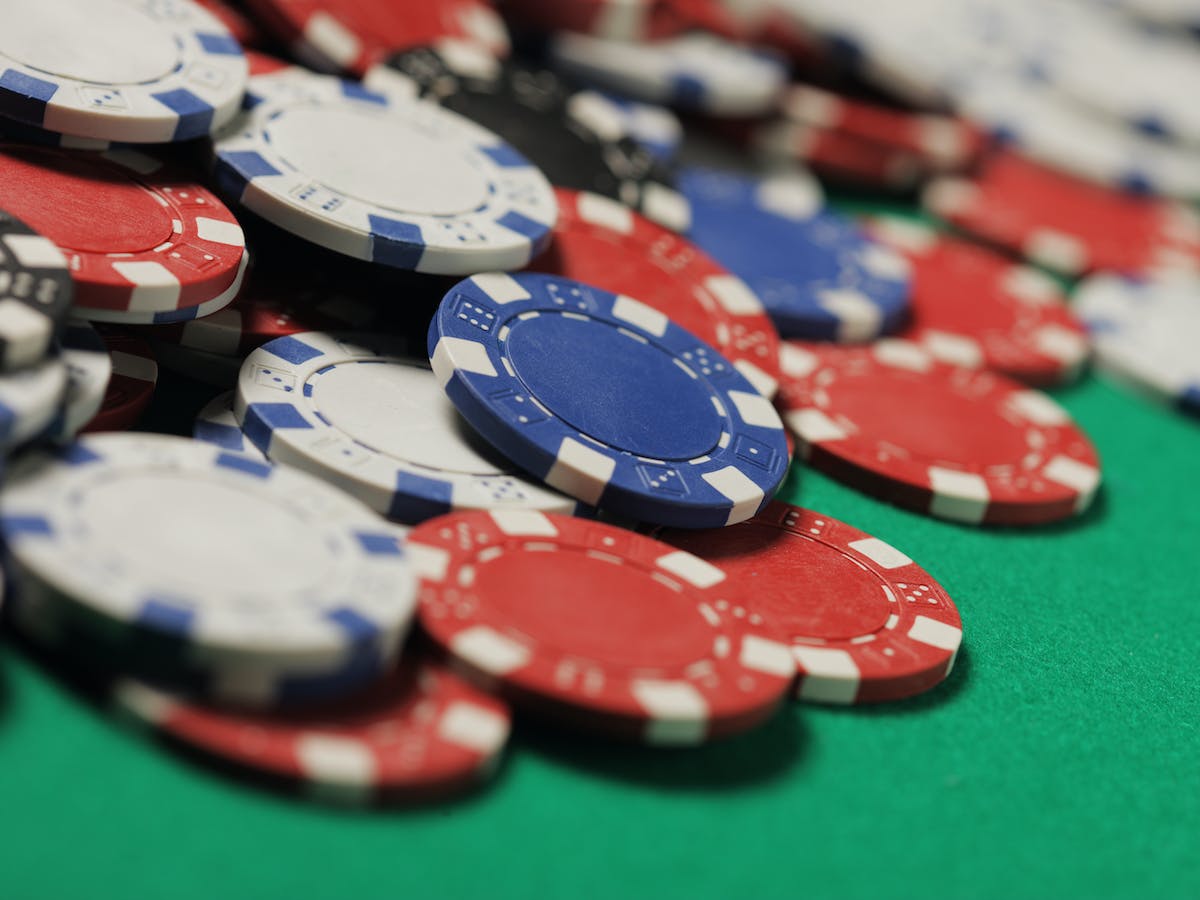 Pre-flop body language is generally going to be tame and even
mundane, but it can come into play later on in a hand. If you
think that a player is acting particularly strong pre-flop, you
could factor this into your decision making if there’s a bet on
the flop, turn or river. Your goal as a player is to always be
piecing together the most believable story. If a player seemed
passive or weak pre-flop but is now trying to pretend like they
have a big pocket pair, you should be able to pick up on this
sort of irregularity.

Players who tense up and start looking onto the action with a
very intent demeanor should worry you the most. This is often
times a tell that a player is strong and is ready to get down to
business. When this same player has a smaller hand, they are
more inclined to play passively and/or without as much
intensity. If you think about it, there’s a good chance that
you are doing the same exact thing.

An example of a player who is very interested in their hand
will be someone who has their eyes darting from player to player
while they remain quiet. This same player will also make sure
their cards are in a safe place and may even place a card
protector on them. Another way to spot weakness is when a player
looks nervous but is actually trying to act as if they are very
calm. A reverse tell is huge in poker. Players will only be able
to hide their actual feelings to a certain extent. If someone
seems like they are ready to explode with pent up anxiety and
are
trying to shuffle their chips anyway, be careful when you get
involved with them.

The obvious body language moves are also the most common. For
example, players with small hands will usually toss their chips
into the pot playfully. They won’t take the time to count out
chips neatly and precisely because deep down they aren’t overly
concerned with the pot at hand. A player who seems generally
disinterested will usually be just as disinterested as they
seem. For the most part, body language in pre-flop play will
coordinate with the types of hand strengths that you would
expect. It isn’t until post-flop play that most players start to
really hide their true emotions.

Post-flop is when the bigger amounts of money tend to get
involved. Players don’t want to give away any valuable
information and will be making every effort possible to ensure
that their hand strength is kept as secretive as possible.
Though some players have come close to mastering the art of
deception through body language, the majority of your opponents
will end up giving away a few tells that can be used to your
advantage.

The player who sits back in their chair after making a big
bet isn’t someone you should take lightly. While sometimes this
player is in fact weak, they are usually making a big bet and
trying to act as nonchalant as possible. They will often times
cross their arms and make it seem like they are just waiting for
you to call so that they can muck. If a player is putting this
much effort into trying to appear as if he is relaxed, you can
make a safe guess that he is really on pins and needles hoping
you call. This is one way that players try to keep their
emotions at bay whilst giving off vibes of weakness despite
actually being strong. 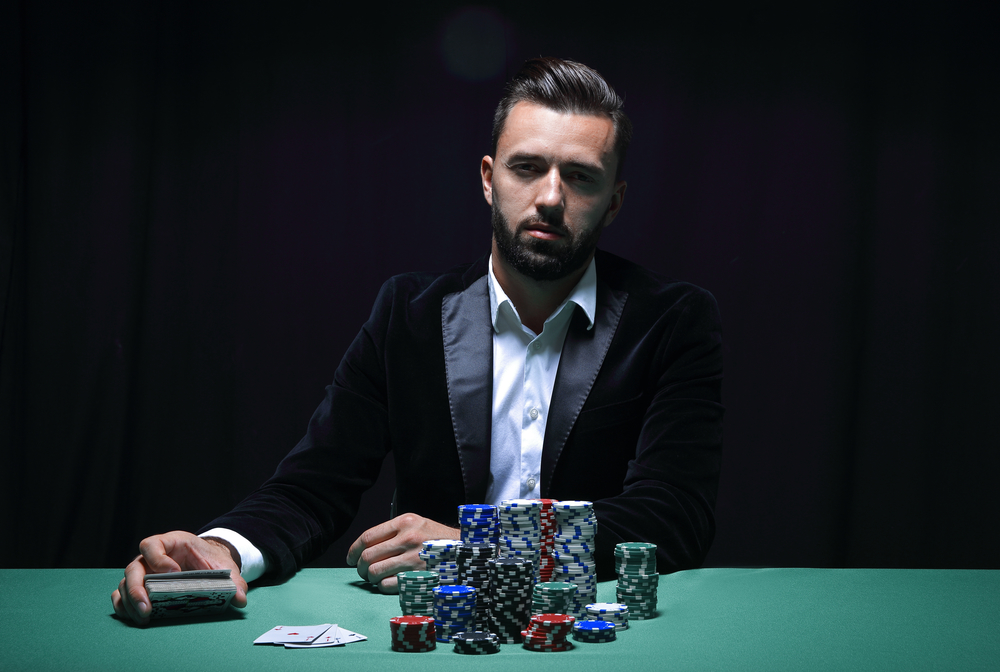 As a rule of thumb, a player who is putting forth an obvious
effort to appear strong isn’t necessarily strong. Think about
it, what kind of player would want everyone else at the table to
have an idea of just how valuable their hand is? Players who act
like they have a big hand do so because they need to convince
their opponents that they are beat. They figure, and sometimes
rightfully so, that an aggressive and intimidating image will be
enough to force a fold. You need to be able to see past this
façade and determine whether it is at all honest.

Body Language At The Poker Table 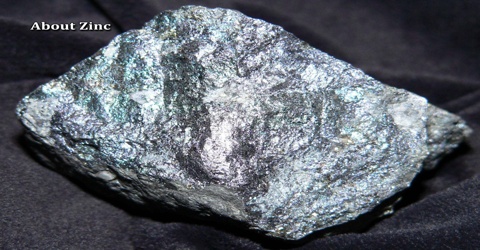 In the end, poker is a game of deception and trickery. If you
assume that someone’s outward emotions are true indicators of
how they are feeling, you are likely to get burned time and time
again. Instead, look at what makes sense, see if you can really
get a feeling for where they stand, and put together a
believable story. If everything adds up, chances are that you
are on the right path.