Under standard casino Blackjack rules, the dealer never makes a decision. The idea behind the dealer is that the dealer plays their hand in the same fashion every single time. The rules usually are that the dealer will always take a hit while the total of their cards is under 17. In blackjack, the house edge is 0.5%. In other casino games like online roulette, the house edge can go as high as 5.26%. In addition to a fixed blackjack house edge percentage, there are also other ways in which casinos try to gain the upper hand over players like you.

If you spend any time at all reading about online casino games and gambling in casinos, you’ll encounter an expression—“the house edge.”

You’ll see writers explain that blackjack house edge is the lowest in the casino, and that the slots have the worst.

But what is the house edge in a casino game and how does it work?

This site covers some similar concepts as they relate to the math of sports betting, but the casinos’ house edge works slightly differently.

Some Probability Background that Matters

Probability is just a mathematical way to measure how likely something is to happen.

When a weatherman says there’s a 50% chance of rain, he’s using probability (as well as meteorology) to express that likelihood.

And most people have an intuitive understand of probability when it’s stated as a percentage, because we use it all the time.

If you paid attention in 8th grade math, you probably already know that a percentage is just another way of expressing a fraction, and that’s all a probability is—a fraction.
To determine the probability of something happening, you just look at the number of ways it could happen and divide it by the total number of possible events.

Here’s an Example:
You’re rolling a 6-sided die, and you want to know what the probability of rolling a 6 is. A 6-sided die has 6 sides numbered 1 through 6. There’s only a single 6.

Since there are 6 possible outcomes, and since only one of those outcomes is a 6, the probability of rolling a 6 is 1/6.

Once you have a basic understanding of probability, you can move on to the next step, which is determining the house edge of a bet.

What Is the House Edge and Why Does It Matter?

Every bet has a payout if you win and an amount you lose if you lose. This is often the same amount, or even money.

For Example:
If you’re playing blackjack, you bet one unit, and most of the time, if you win, you win one unit. If you lose, you just lose that one unit.

(And some bets in blackjack result in bigger winnings, and you sometimes have the option of surrendering, which means you only lose half your stake. But that’s a complication that doesn’t help you understand the house edge, so I’m going to save that discussion for another blog post.)

A bet’s payout can also be expressed using odds, though.

In the die-rolling probability example I used above, if you have a payout of 5 to 1, you’re playing a game with no house edge.

That’s because in the long run, you’ll win as much money as you lose.

But suppose I reduced the payout for rolling a 6 to 4 to 1?

Do you see how the casino would have a mathematical edge in the long run by paying out less for a win in that situation?

You can use statistics to determine an average amount you’ll lose per bet in this situation.

You assume 6 statistically perfect rolls of the die. This means you’ll win once and lose 5 times. 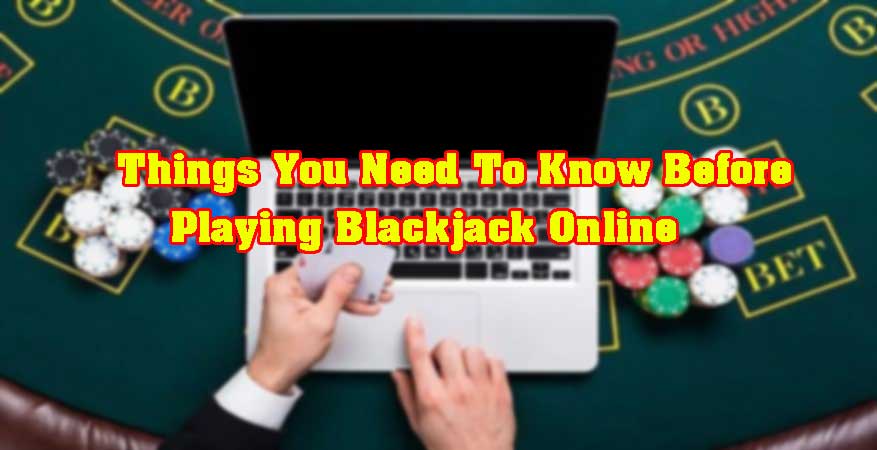 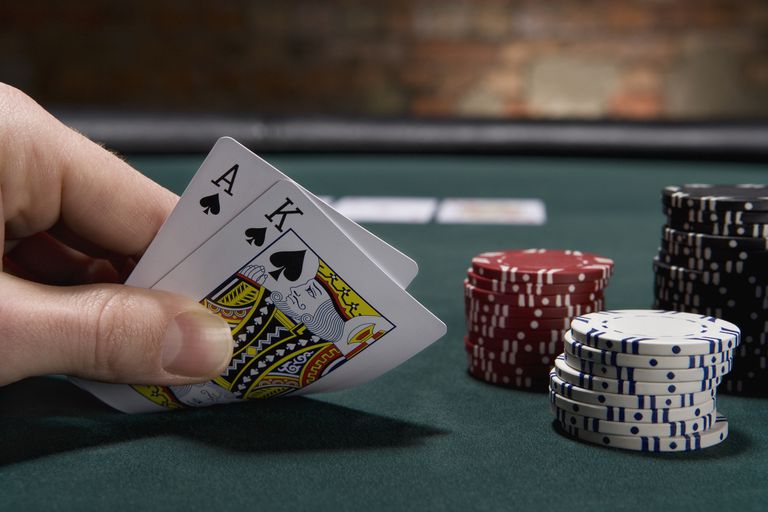 That’s the same thing as lose 16.67% of each bet, and that percentage is the house edge.

There are other ways to arrive at that number, but that’s the easiest method I’ve seen used.

With every online casino game you play, the house pays off your bets at odds lower than the odds of winning. This results in a mathematical edge for the house.

That’s why casinos are profitable in the long run, even though every, a percentage of their customers go home with winnings in their pockets.

Probabilities—and the house edge—are always long-term phenomena. In the short run, anything can happen.

Online casinos are always playing in the long term.

If the House Has an Edge, Why Do People Still Play Casino Games?

So if, in the long run, the house can’t lose because of the math behind the games, why do people still play?

The answer is simpler than you think:

Most people don’t think about things from a long-term perspective. If they did, everyone in the United States would save 10% of everything they earn and retire early because their cost of living would be low enough to be easily affordable.

I have a friend who visits the casino at least once a week. He loses money on 4 out of 5 visits to the casino, but on one of those 5 visits every month, he comes home a winner.

He doesn’t care that he’s losing money hand over fist in the long run. He just wants to keep getting that buzz from his occasional wins.

The human brain is irrational, especially when it comes to gambling.

How the House Edge for Various Casino Games Compare

The house edge is only one factor that affects how much you’re going to lose when you’re gambling on online casino games. Other factors include how many bets you place per hour and how much you’re betting every time you place a wager.

That being said, if everything else is equal, you should play the casino games with the lowest house edge.

Keep in mind, too, that game conditions affect the house edge, too.

For Example:
In some blackjack games, a natural pays off at 6 to 5 odds instead of 3 to 2 odds. The house edge on such a blackjack game is higher.

Craps is a game where different bets have a different house edge. If you stick with the basic bets, pass and come, you face a house edge of 1.41%, which is relatively low. The more “exciting” wagers on the craps table come with a higher house edge.

Roulette comes in 2 main versions—single zero and double zero. The double zero version of roulette is predominant in the United States, and the roulette house edge for that game is 5.26%. By removing one of the zeroes, the online casino reduces the house edge to 2.70%.

Slot machines have a house edge that varies based on the PAR sheet for the game. (That’s the logic behind the game which determines the probability of getting various combinations of symbols and the payouts for those combinations.) You can find slot machines with a house as high as 35% or as low as 5%, but you never know what the number is.

Video poker machines look like slot machines, but they offer a better house edge—if you play the hands optimally. Depending on the pay table, the house edge for video poker can be as low as 0.5% or as high as 5% or 6%.

And those are the basics of the house edge as it pertains to casino games.

Now that you have an understanding of the probability behind casino games and how it affects your winnings and losses, are you going to be more or less likely to play casino games?

Are you going to change the amounts you bet or the games you play?

Let me know in the comments.

Even though there is a 1% or less house edge, the casino hold in blackjack is much higher. If you are interested to know what it is, or you don’t know what a casino hold is then keep reading this article so you understand more from the minute you walk through the casino doors or load up the software from your favorite place to play online.

The average house edge for the game of blackjack is about half of 1%, yet the “hold” percentage is much higher at nearly 14.5%. Now you shouldn’t get these two numbers confused because the “house edge” is the predetermined percentage of each wager that the house is expecting to gain by letting you sit at the tables. The casino’s “hold” is the share of chips the player has bought that is won back by the casino. It’s not all that hard, and doesn’t take a significant amount of time for the casino’s house edge of 1% to turn into a 14% hold. 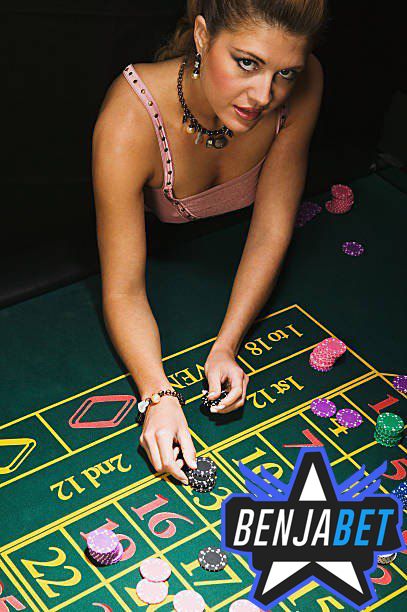 Contrary to popular belief, casinos are not in the gambling business. Casinos and sportsbooks that gamble often end up going bust just like so many of their customers. Good, reliable casinos are in the math and time business because the longer a player sits at the table, the higher the hold is going to be as the house edge racks up over the course of each hand.

Let’s take a look at how this works. First off, even though playing basic strategy the casino’s house edge is only less than a full percentage point, based on the bad play of the average blackjack player the number ends up being around 5%. Less than 1% of all players can be disciplined enough to follow the basic strategy. Over 20 hands of perpetual play, a player starting out with $100 should mathmatically have about $95 remaining, but since the player sticks to the stool with that remaining bankroll, the losses pile up and the house gets a higher hold than the casino edge in the game.

If you take that by the 24 hours a day, 7 days a week that the casino is open and the fact that there are hundreds of tables in some places, the 14.5% hold doesn’t seem like that big of a number. The only way to avoid getting caught up in the grind is to shorten the time you are willing to spend at the casino. Cautious behavior has a negative effect on a casino’s hold and a positive effect on your long term winnings.