After an intense third day of action at the Master Classics of Poker Main Event in Amsterdam, Clyde Terlaan heads the ten-handed Dutch dominated final table.

After an intense third day of action at the Master Classics of Poker Main Event in Amsterdam, Clyde Terlaan heads the ten-handed Dutch dominated final table.

Forty-five players returned for Day 3 of the Master Classics of Poker yesterday, with the primary goal for most being survival through the 36-player bubble. Unfortunately for many of the short-stacked players, their dreams of couple of a quick double-up were shattered and Paul Berende (A♦ Q♣ < K♥ K♦ -v- Nicolai Kramer) and Raoul Refos (10♠ 10♦ < K♦ Q♦ -v- Bryn Kenney) were both eliminated after losing coinflips in the first level of the day.

Other players can consider themselves more unfortunate to have been eliminated from the MCOP Main Event at such a crucial stage – particularly Hao Kuan (A♠ 4♥) who was all-in against Nicolai Kramer (6♥ 6♣) on a flop of A♥ J♥ 4♠. Unfortunately for Kuan the board completed with the 9♥ and 10♥ to give Kramer a better Heart Flush and Kuan was sent to the rail with a bad beat story to tell, but without any of the prize money.

The field continued to decrease in size, as players failed to find the cards they needed to remain in the tournament. Among the other players to leave the MCOP Main Event with bad beat stories were Eduard Bhaggoe, who saw his pocket Kings bust by Tobias Peters´ J♦ J♣, and Dermot Blain who got all his chips in after his pocket Sixes had made a set on the flop, only to be called by Robert Soogea, whose pocket Kings had also improved to a set on the Flop.

A fortunate double-up against Middleton (Q♦ 9♣ > 8♦ 2♥ after Middleton had paired his Eight on the flop) brought Vos back up to 12,000 chips; but they all went in with 3♣ 7♦ on the next circuit of the button, and Tom Middleton made the call with K♦ 10♠. Middleton´s Ten paired on the Turn and Vos was out in 37th place.

Some Big Names Toppled in the Rush to the Bar

Thereafter the usual scenes of “chip frivolity” occurred, and players who had been grasping onto their chips as if their physical life depended on it found reason to push them into the middle of the table as quickly as possible. Artur Koren (A♥ A♣) took out both Misel Draganic (6♠ 6♥) and Antoine Vranken (A♦ K♣) in the hand after Vos´ exit, former November Niner Eoghan O´Dea chipped up overnight chip leader Charlie Combes when his K♠ Q♣ failed to improved past Combes´ A♥ Q♦, and EPT Barcelona High Roller Champion Thomas Muhlocker ran his J♦ J♠ into A♣ K♦ of Nicolai Kramer, who paired the King on the Turn to eliminate Muhlocker in twenty-ninth place.

There was also to be no final table appearance for last year´s winner Ole Schemion (A♥ K♥) after he got involved in a pre-flop raising war with Tom Middleton (A♠ A♦). The flop of K♣ 10♠ J♦ made the hand more interesting, but Middleton´s Aces held and Schemion was bust from the tournament in twentieth place. 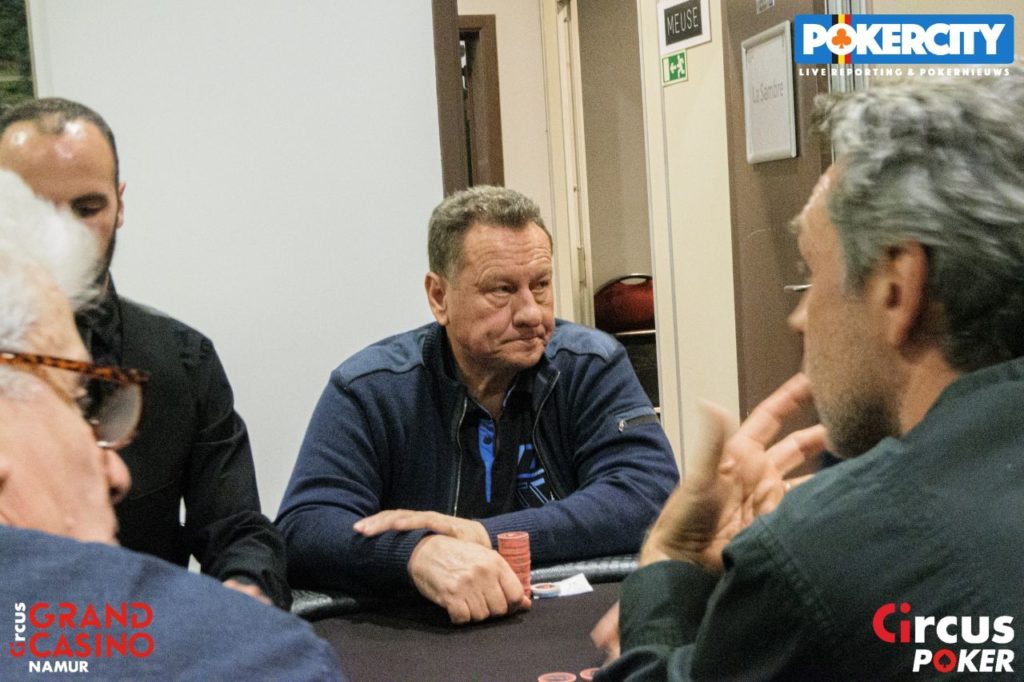 As the players converged onto two tables, the dynamics of the tournament changed. Zeus Post stamped his name as a contender by knocking out Artur Koren A♣ Q♦ > A♥ 8♠, and Simon Persson´s pocket Kings were good enough to send Nicolai Kramer to the rail. Andrew Chen (8♦ 8♣) tripled up in a three-way pot against Charlie Combes (A♣ J♥) and Tom Middleton (A♠ K♣), and Charlie Combes then lost his place at the top of the leaderboard after a contentious floor decision about angle-shooting cost him 50,000 chips.

Bryn Kenney had performed wonders to transform his opening chip stack of 59,000 chips into a workable amount; and he had been unfortunate to double-up Luuk Gieles (K♥ Q♥ > Q♦ Q♣) when Gieles found a King on the Turn. Gieles would eventually eliminate Kenney in twelfth place when his A♦ 4♥ was too good for Kenney´s K♠ 8♠, and when Tom Middleton ran his pocket Threes unsuccessfully into the pocket Kings of Dmitry Nemirovsky, the final table of ten was set:

Looking Ahead to the Final Table

When play resumes at the Casino Holland in Amsterdam this afternoon, the blinds will be 10,000/20,000 (ante 3,000). The players are pretty well stacked, and it could be a late finish without the aggressive Tom Middleton at the table! The next player out will receive €18,882 for their efforts, but all eyes will be on the €306,821 first prize and the honour of being Master Classics of Poker Champion. 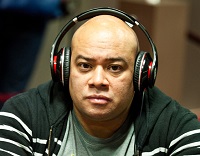 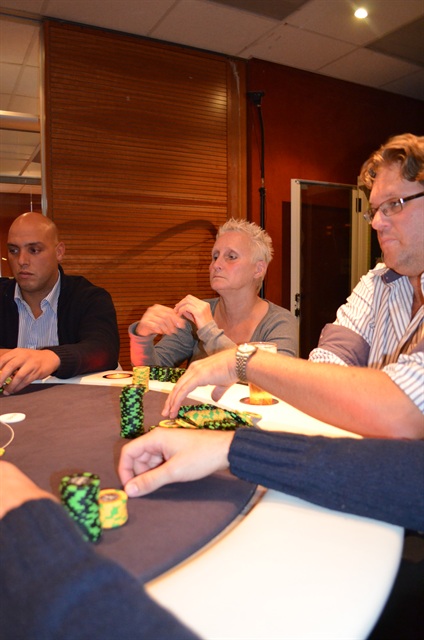 Visitors should be aware that that the operator of this site (iBus Media Limited trading as PokerNews) receives affiliate and advertising revenue from the companies that appear on the site, and said remuneration may impact the location and order in which the companies’ banners and offerings are promoted on our site.

Visitors should also note that room rankings can be impacted by a number of different variables and should not be relied upon for accuracy purposes. Whilst we do our utmost to try to ensure all companies advertised on our site are trustworthy and hold the requisite licences for their offerings, the rankings or prominence of any banner/advertisement do not necessarily imply endorsement of the companies or their products by iBus Media Limited trading as PokerNews.

Except as expressly set out in our Terms & Conditions, all representations and warranties regarding the information presented on this site are disclaimed. The information which appears on this site is subject to change at any time.