My sister, Terry, recently commented on the “cool” nature of the D2D Non-rally. Participants and organizers make sure to emphasize that “this is not a f#@* rally” – in contrast to the many organized rallies that many riders dispose (yours truly included). For the sake of those not yet familiar with the story, I have reposted it here. This is a direct copy from the ADVRIDER.COM site by a guy named “Fighter” , who I expect to meet tonight… This was kind of one of my motives for coming to Alaska now – hoping to get some of these riders drunk and have them sign some checks for the Arthritis Foundation! But really, I was very attracted to this type of free-form gathering – promises to be a blast!

A poker run Saturday will help a local organization raise funds for area children. KARE for Kids Third Annual Motorcycle Poker Run revs up at Longhorn Steakhouse in Dawsonville for a 10 a.m. Registration begins at 8:30 a.m. And breakfast will be available.

So far I have met riders from W.Va, Oregon, Washington, MD, NV, AZ, CA – all heading to the D2D gathering.

This year marks the 20th consecutive year riders have trekked to Dawson City, Yukon Territory to gather for two days of camaraderie, friendship and good times. This is where you sign-up; do not use this thread to ask questions, make comments or whine about how you would be coming if only…. this thread is just for signing-up, there is another thread for questions, comments and unbelievable snivels. First a little background about D2D…….

D2D History as per Fighter:

Ca$h Register, along with Jim Coleman and myself are the original founders of the Dust To Dawson (D2D) “gathering” back in 1992. It was hatched over a few beers in the Dawson’s Midnight Sun where we first met.

A little pre-history
In Spring of 1990 the Alaska Last Frontier BMW Club here in Alaska receive a letter from an Oklahoma rider by the name Ca$h Register. In that letter Ca$h related this story:

Ca$h and his long time riding buddy Jim had planned a mega-trip to Alaska for 1990 and were going to attend our little local rally. They had pre-paid their entry fee and about a month prior to lift-off Ca$h collapsed in a restaurant. Heart attack.
Jim was with him at the time and tried in vain to resuscitate his best friend. Paramedics on the scene weren’t having much luck either. At Jim’s insistence they hit the go button on the paddles a third time and Ca$h’s heart lit back up. Obviously their much anticipated trip to the North was on hold. OBTW, to this day… Ca$h’s business cards include the phrase “You only live twice” Our local club, upon reading that tearful letter and hearing the story, sent a refund to Ca$h and Jim and included for each of them a club license plate frame. 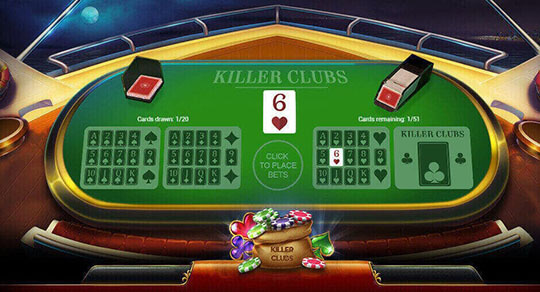 Fast forward to June of 1992.
I was on a solo run to Dawson City, YT and saw two well decked out PD’s parked in front of the Midnight Sun. The Oklahoma plates with the LFMC frames caught my attention immediately. It didn’t take me long to determine who owned those two GS’s. Ca$h and Jim had finally made it to the North country after an extensive rehab. Doctors to this day are at loss to medically explain what had happened.
I introduced myself to these two holligans and another chapter or two was written.

That evening over a few adult beverages the three of us hatched a plan to tackle the Dempster and try to make the 500 mile run to Inuvik. The road had been closed for several days due to high water on the Peel River. Lack of gas at Eagle Plain was most definitely our main issue. We waited a day or two for the road to re-open and made our break. The three of us had a wonderful ride. I remember Ca$h standing on his head at the Arctic Circle. It was his 60th birthday. Both Ca$h and Jim were excellent riders as I later substantiated on my visit to Ca$h’s hometown of Dill City, Oklahoma… the summer after we all met. Two walls of Cash’s shop were smothered with trophies and plaques that both of them had earned.

Jim’s life was tragically cut short on Halloween eve 1994 while returning home from Cash’s place…… his R100GS was no match for the Suburban.

On the original 1992 Alaska trip Jim and Ca$h had taken a side trip to Eagle and both were so taken by the beauty and solitude that they made a pact with each other. The deal was struck that when either of them died, the survivor would return to the North Country with the remains of the fallen. A year later Ca$h gave me a call from Whitehorse. 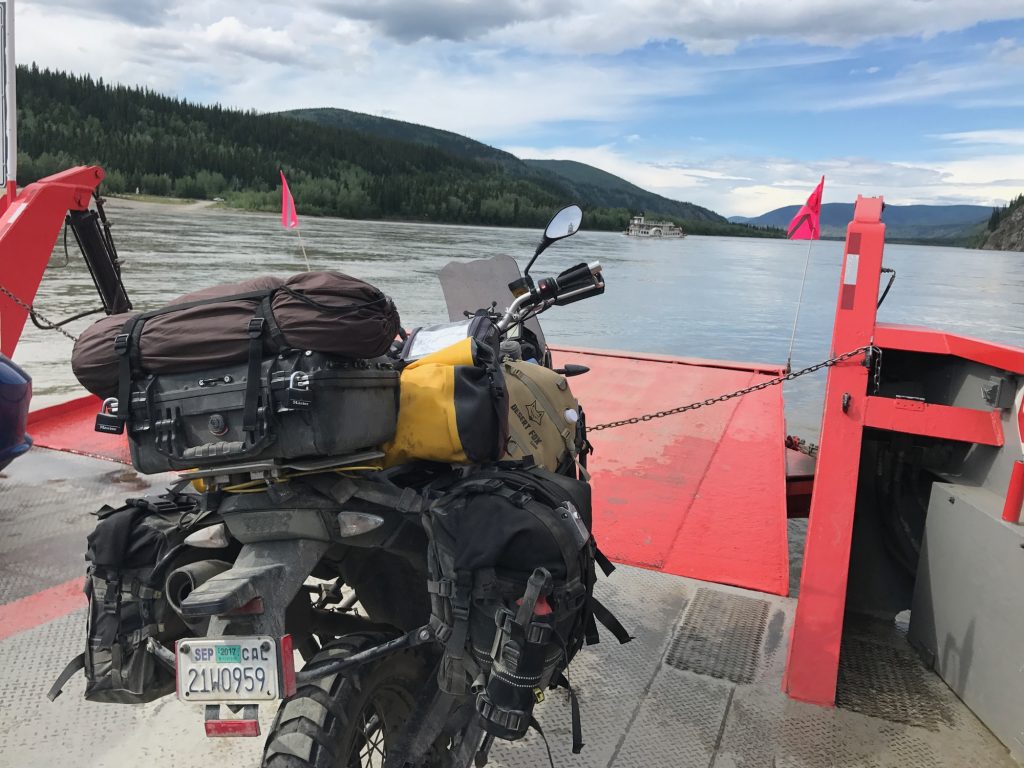 “Fite… I’m on my way! Got Jim with me in the tank bag. We were doin’ a hundred on the Casiar and Jim was laughing his head off”.

I will never forget that call, nor the one I had received on the previous Halloween night. 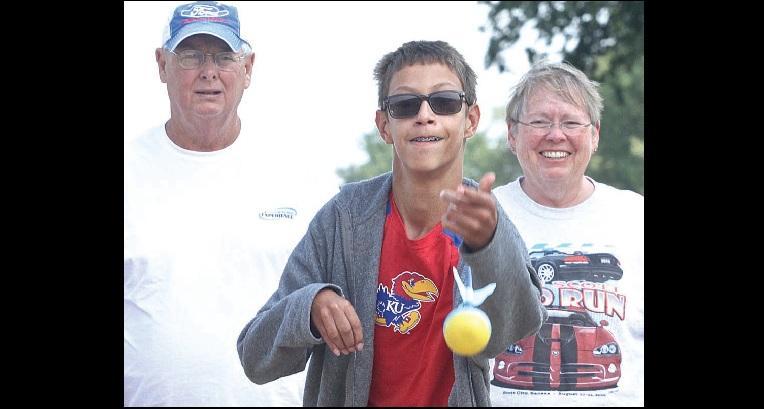 Ca$h was retracing the exact route the two of them had taken in ’92. He camped in the same places, hit the same cafes, took pictures from the same vantage points. Had a beer at the “Sun”. Jim’s final ride with his life-long riding partner Ca$h was just as it was the first time they came north.

Ca$h (with Jim in the tank bag) rounded a hard right hander about 10 miles south of Eagle and there on that windswept mountainside stood a single tree. The anemic looking black spruce, that had survived a myriad of brutal winters, stood tall against all odds. The view was spectacular. Ca$h later told me that when he rounded that right-hander, thoughts of Jim were so vivid that Ca$h began to weep uncontrollably. The thoughts of his lost riding partner were so intense… and the pain so near…. he could barely keep his PD upright. It was on that lonely road with its breath-taking view and scrawny tree that Ca$h said his final good-byes to Jim Coleman. An emotional two man private ceremony gave way to the Jim’s final send off and a plaque being posted on the tree. Ca$h turned around and headed back to Dill City.

For many of us it has been a long time D2D tradition to make a side trip into Eagle, Alaska (on our way to/from Dawson City) and to stop at Jim’s Tree. We do it for Jim AND Ca$h. You can see in the photos where a brush fire has swept through the area. That fire, along with brutal weather conditions wouldn’t dare “mess around with Jim” The tree has been visited and annointed by many of us and the memories of both Jim and Ca$h are alive and well. It is my hope as “keeper of the Tree”…. that the tradition continues.

General info about D2D per AKRider:

Here’s how it works. You get on your bike from wherever you are. You plot your own course to Dawson City, Yukon, Canada. Join some friends along the way, or make new ones. Arrive in Dawson. Dosen’t matter where you stay or if you camp you will find moto friends everywhere, just make a new friend or two. Remember it’s notta rally.

The Downtown Hotel is the center of all the action. Meet our local host “The Dick”, that alone is worth the price of admission. Speaking of admission-there is no registration fee. Just remember you get what you pay for. Just don’t call it a rally.

There are a few events you just don’t want to miss:

Friday at Noon sign up for the Poker run. Ten bucks (american) gets you in.
Besides the opportunity to win half of the total collected (the other half goes to a local charity) you get to ride 60 miles of the famous 1898 gold fields. Adventure riders everywhere would pay twice that much just to listen to your stories when you get home.

Purchase a ticket for the biker banquet. Steak dinner, cash bar and door prizes out the wazzoo. It is held in the Palace Grand theater. Right out of the 1890’s. Trust me, it has all the beauty and charm of the period. And-you can’t get inside any other time, it’s that special.

After the banquet take to street to either compete or just watch the
Biker Games. Remember it’s a gathering not a rally so the games are just a little different. But still a true test of skill, and humor. (that means we laugh at you when you crash). Great prizes to all the event winners and the top tree overall. And since we dont call this a rally, the entry is free.

Hang out, with your bike, in front of the Downtown hotel until midnight. It’s still 80 degrees and daylight. At the stroke of 12, or somewhere around there we Post the Bikes. Get your Dust to Dawson fender sticker for your bike. Wear it proudly. You have to be present to receive this FREE gift. It may not be a rally but we sure give alot of shit away FREE. Ever get anything free at Daytona, Sturgis, Americade etc.-Hell no.

This is a gathering, not a Rally

Ok not everything is FREE. You have to purchase a D2D t-shirt, your entry into the Poker Run, the official D2D Decal, (no pannier is compete without one), and the Banquet.

Besides meeting Dawson Dick there is alot to do in Dawson——

Ride up to the Dome
Taste the sour toe cocktail (only at the Downtown Hotel)
Gamble away your child support payment at Diamond Tooth Gurties.
Visit the Dredge. (take the tour it’s worth the $)
Take a walk in the 1800’s grave yard.
Visit the Robert Service Cabin.
Take a walking tour of the town.
Spend an hour or two in the Museum.
Check out the paddle wheeler.
Throw rocks into the Yukon.
Go skinny dipping in the Yukon.
Meet “Fighter” the Founder of the D2D. (the original name was the Over The Top Hop but D2D fit on the t-shirt better)
Or just stand around on the board walk and BS with other ADV riders. After all this ain’t nor F###### rally so have fun.