Dungeons and Dragons Online likes to bombard you with things that you need to store, while simultaneously keeping your inventory space rather tight. It is not an unusual tactic for F2P games which want to gently persuade you to purchase additional storage and bags, and DDO will be very happy to sell you all manner of extra bank vaults and storage bags through the Turbine Point Store.

However, there is much we can do to delay the moment that we really need to do that, and to minimise what we do need to buy when our free options have been exhausted. (I spend plenty on Turbine points. I just prefer to save them for adventure packs.)

Dealing with inventory tabs and bank vaults first, you begin with three inventory tabs, and one bank vault. We can raise these via favor. If you’re a bit vague on how favor works, I covered it in this post a while back.

75 Coin Lords favor will score you another inventory tab. This is EASY, even if you’re pure F2P, as an awful lot of the early quests fall under their jurisdiction.

150 Coin Lords favor opens up to you the opportunity for a 5th tab, but this time you’ll first need to acquire a collapsed portable hole, either from chest loot, or through the auction house. In my experience, these are not super-rare, and you’ll find one yourself eventually. Once you acquire the hole, you then have to pay Ryo Silverbow 10,000 plat to turn it into your 5th tab. Money well spent.

Picking up the Shan-To-Kor pack ( a must have, in my opinion, if only because it’s really cheap and completing it gives you a discount in the marketplace), will let you hit the Coin Lords favor targets a bit sooner.

House Kundarak runs Stormreach’s banking system (and most of the bank services across Eberron). 75 favor with them will allow you to buy a 2nd bank vault for 2000 plat, and 150 favor will enable a third vault for 8000 plat. Getting this favor is a little trickier than for the Coin Lords, as you don’t really hit d’Kundarak quests until about level 5. There are enough free quests for a pure free player to get both bank tabs, and both inventory tabs, though it’ll take a fair bit of effort.

So that’s it for the free inventory and bank slots. Let’s look at the bags that’ll let us use them efficiently.

Mari Mosshand is the first NPC players will see upon arrival in Stormreach Harbour from Korthos. Veteran characters, who start at level 4, don’t get these bags as part of their gear package, so will want to pay her a visit too.

Also in the harbour, standing at the gateway to the marketplace, is Felix d’Cannith, who will be happy to hand over:
Tiny Ingredient Bag (12 slots, bound to character).

A couple of other NPCs have the same offer, but he’s the one you’re likely to meet first.

So, we’ve gotten our full set of basic starter bags, but they’ll start to overflow almost as soon as you acquire them.

In the Marketplace, there is an exit to an area called “The Twelve”. It offers a variety of high and mid-level quests, but we can pop in there at low levels for a bit of help. Head into the central tower, and speak to Jeanselme Brucetius, and he’ll hand you a small ingredient bag. (30 slots). This is not bound, but is exclusive, so you can only have one of them in your inventory at once. You can keep multiple in your bank or shared bank though, so this does give you storage options. Until recently he handed out a tiny bag, but he seems to have upgraded his wares to one-up the newcomer in the harbour.

That’s all the free bags for now, and somebody starting out is going to find themselves with inventory issues pretty quickly. Help is at hand though, if you can scrape up about 9000 plat, depending on your haggle skill, which is not as daunting as it might feel in your first few levels. 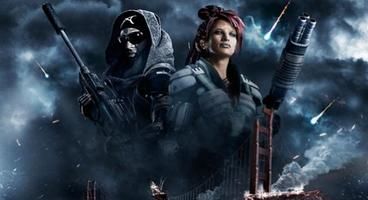 Pretty handy, though I suspect that her ingredient bag is the same one that Jeanselme Brucetius is handing out, so you won’t be able to have both in your inventory at once.

Osgard's new Artificer brother goes window-shopping for bags. Later, he'll go bag-shopping for windows. and not be able to afford those either.

Of the three, I’d saying grabbing the Medium collectables bag, when you have the cash to spare, will do wonders for your sanity and bag space. Gem bags aren’t so vital, as you don’t really need to store them for any length of time. Nice to have, of course, when you can afford it.

There are 3 bags which drop as chest loot. I should say that these are far from common, but they are unbound, so can be found on the auction house, for annoyingly high prices. They’re not exclusive either, so they work perfectly as a central store in your shared bank if you have one.

Be careful with the auction house, as a variety of jokers like to put the Phiarlan purchased ones up for sale at boosted prices, catching out folks who don’t know they can just go to the source. For the large bags, prices will vary according to your server and the moment, but you’re likely looking at several hundred thousand platinum pieces. They’re not something a new player is going to be able to pick up any time soon, but you *might* get lucky and loot one.

The large bags can also be gained by trading in 150 Planar Shards from the Subterrane. That’s a level 16 wilderness zone, mind you, and requires purchase of the Vault of Twilight adventure pack.

The large ingredient bag is also the reward for 100 favor with The Twelve, but given that their lowest level adventure is level 15, and only one of those is free, that’s not immediately helpful. Your bags are bursting with potions, wands, ingredients, and gear that you want to save “just in case”. What is the frugal adventurer to do?

Finally, there is one other option for storage, though it is rather more fiddley and metagamey. We are allowed to have multiple accounts, and it is also perfectly allowable for us to use them simultaneously. So it is that I have a second account where my good friends Potiony Pete, and Klaustein Cakewatcher look after my potion and winter festival cake supplies.

The winter festival cakes are a sore point with me. I feel that Christmas events ought to be on the generous side, and indeed, the event IS generous, in giving you multiple inventory tabs worth of different cakes and biscuits. But the cookie jar, that can be used to store them, has to be bought with Turbine Points. That offends my Christmas spirit slightly, so I feel no guilt at all in letting Klaustein Cakewatcher take up the strain.

There we go. I hope that was useful to someone. If you have any questions, or anything else you’d like me to go over, drop me a comment!

Update: I thought I’d make a little video to accompany this post. Lo, here it be: