As live poker slowly creeps back amidst the ongoing pandemic, the successful completion of any poker series in the U.S. is news. At Seminole Hard Rock Hotel & Casino Tampa, the team wrapped up Pinktober over the weekend, its annual festival benefiting charity while awarding hundreds of thousands of dollars in prize money.

Across four numbered events, more than $650,000 in prize money was collected. Meanwhile, $1 from each of the 3,315 entries went to charity, with most benefiting the American Cancer Society, as befits an event in Breast Cancer Awareness Month.

That money represents a part of the property's overall goal of $50,000 raised in October. 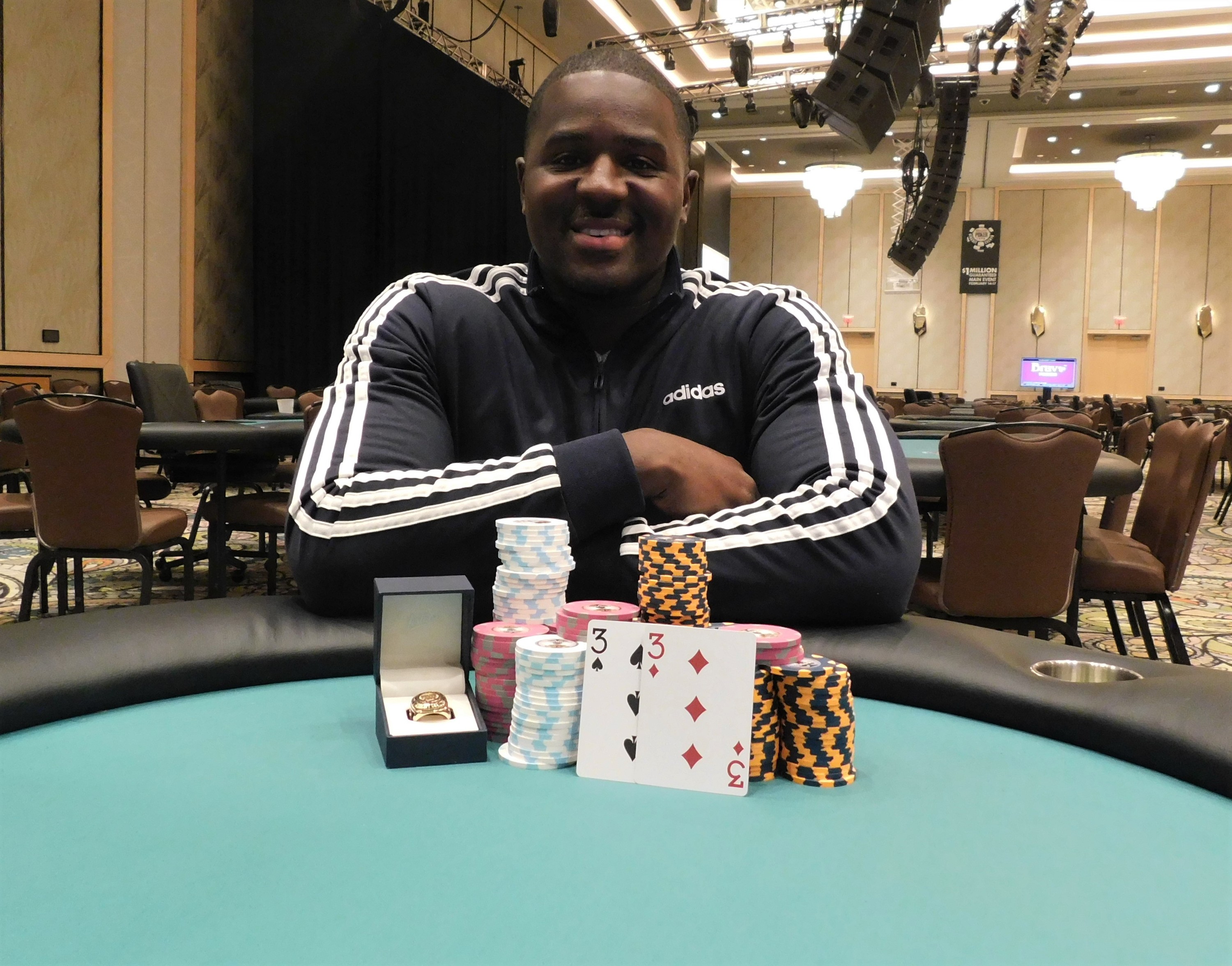 “We are truly honored to once again provide support to those in need and we are especially proud to work with the American Cancer Society during PINKTOBER,” said Seminole Hard Rock Tampa President Steve Bonner in a press release. “We encourage guests to come out to support this cause, while spreading a message of strength, hope and awareness for those affected by this disease.”

One of the two main tournaments held produced the biggest prize of the series, as the other ended in a deal while Event #2: $400 Buy-in NLH (Re-Entry) produced an outright winner.

With 854 entries thought four flights, a prize pool of $281,820 was up for grabs on the weekend of Oct. 11, and David Sweeley (pictured above) made off with the lion's share. He won $51,698 after topping Ricardo Tavares heads up.

That sum dwarfed the roughly $4,500 in winnings Sweeley had previously, according to The Hendon Mob.

John Dolan, Nick Palma and Zhen Cai were some of the notable names to cash in the event.

The massive multi-flight, Event #3 $200: Buy-in NLH (Re-Entry), gave players 11 chances to find a bag, and 1,786 entries were recorded to produce a prize pool of $283,974. According to the Seminole Hard Rock blog, that was the largest tournament the venue hosted since the COVID-19 shutdowns.

Some of those who cashed included WSOPC standouts Ricardo Eyzaguirre and Jeff Trudeau Jr., as well as Josias Santos.

After the elimination of Carlos Guerrero in fourth, the final three players of the all-Florida final table opted to deal. All would take home nearly identical sums, with Robert Aleman getting $33,920 while Burl McCraney and Nir Sharon each got $33,921, the latter named the official champ.

Meanwhile, the wrap-up tournament, Event #4: $200 Buy-in NLH (Re-Entry), produced an outright winner in Brian Barros Vazquez. He claimed $7,682 and the commemorative guitar trophy for getting through the field of 199 in Sunday's single-day event.

Winter Poker Open on Tap Next

Seminole Hard Rock Tampa will look to keep the tournament success rolling come December with the property's Winter Poker Open. Scheduled for Dec. 2-14, the WPO ups the ante quite a bit with a $200,000 guarantee on the $1,700 Main Event. Check out the corresponding schedule on the SHRT website.