After the legalization of recreational marijuana in Nevada, it was only a matter of time before Las Vegas saw an influx of vendors for the well-known psychoactive drug.

Now that Las Vegas is filled with cannabis stores, many gamblers have found themselves smoking or consuming marijuana or edibles before gambling. This is a practice that at best is foolish and, at worst, can cost you some serious cash.

From using too little marijuana could mean that you don’t feel anything, and you can easily fall into playing rather aggressively, whilst the main reason you wanted to use marijuana whilst gambling was to reduce the risk of overspending.

Here are several reasons why consuming marijuana before gambling is a bad idea.

One of the biggest reasons why it’s not a good idea to consume marijuana in any form before gambling is the effect it will have on your reaction time.

Marijuana is well-known to affect reaction time, but you might be asking yourself, why does my reaction time matter in a casino? It’s a good question, and it has a right answer. Gambling in many forms requires you to move quickly and make fast decisions for a simple reason. It’s because you’re often playing with other people.

Other actions considered morally acceptable on par with smoking cannabis were birth control, gambling, sex before marriage, and divorce. While cannabis may be firmly entrenched in the mainstream there are ideas still considered taboo to many Americans. Dangers of Marijuana and Gambling Marijuana use can be associated with several negative health effects, and marijuana use disorder (marijuana addiction) can be hard to control even when it is the only challenge a person experiences.

Let’s look at an example. Imagine that you’re playing craps for real money . Everyone around you has had maybe a drink or two at best, which means they’re paying attention to every roll of the dice. When bets are being made, they’re usually being made quickly. It’s a fast-paced game. And because everyone is playing together, they’re all counting on you to make your bets at the same speed they’re making their own.

If you don’t, you’re going to be the most hated guy at the table (unless you’re making a lot of don’t pass bets at the same time, which will make you even more unpopular).

Now, imagine that you’re taking your sweet time deciding what to bet because you’ve consumed too much marijuana, and your reaction times are slowed. You’re struggling to understand what’s going on and what the outcomes of each roll are.

But you still want to make your bets. You always want to participate. Everyone else is drinking a little, so they’re in a jovial mood, but also a party mood. They want fast-paced fun, and they want it now. And yet, here you are slowing their roll. You can see how this would go poorly for you. You’re a buzzkill, and that might lead to you feeling uncomfortable, to say the least.

Let’s look at another example. Suppose you walk into the casino to make some money playing poker. You sit down at the table to play some Texas Hold’em, waiting for the button to pass to you. When you get the first hand, it takes you a while to realize the value of what you’re holding and make a decision on what to bet. Everyone who’s having a beer or three is wondering what’s taking so long. They’re already annoyed at the new guy.

But you keep being slow. You keep taking your time on every bet. Everyone else already has their bets planned out the moment the cards hit the table. They’re ready to reevaluate when other bets are made.

You’re never ready. Everyone is always waiting for you. Resentment is rising, and suddenly, you find that everyone is basically playing against you and trying to push you out. It’s not all about the other people though. Slow reaction times in games by yourself can be problematic, too.

Let’s say you came to the casino to play some blackjack. You sit down at an empty table where it’s just you and the dealer. You’re trying to play quickly so that you can make some decent money per hour because you’ve practiced your betting strategy, your playing strategy, and card counting.

But because your reaction times are slowed, you’re finding that you have to really think for a while before you’re able to decide how you want to play or how you want to bet. You’re taking your time counting the cards. Maybe you’re confused and can’t quite count the cards the way you want to.

See the problem? No matter how you slice it, it’s not going to work out well to smoke or consume marijuana then try to gamble. You’re either self-sabotaging, or you’re outright annoying people.

You’re probably wondering why this matters. I can tell you that you only have to look at all the instances of federal raids on both medical and recreational marijuana dispensaries to understand that federal enforcement is still happening and is still a concern.

A consequence of the drug’s illegality at the federal level is that banks are hesitant to work with dispensaries because of the laws concerning money laundering and drugs. The banks are concerned that they could be considered to have laundered “drug money” if they work with these dispensaries, so they have consistently refused to work with cannabis businesses.

You can probably see where this is going. The gambling industry isn’t happy about all the marijuana shops that have sprung around Las Vegas. Many of these shops are right on the street outside the big casinos on the Strip.

Casinos are wary, to say the least, of having marijuana anywhere on their premises. It’s possible they can lose their gaming license.

While there are marijuana-friendly hotels in Las Vegas, you can’t just smoke anywhere inside a casino. The laws concerning marijuana consumption require you to be on private property.

If your room reeks of marijuana, you may be kicked out of the premises or possibly arrested and fined. Vegas casinos take this very seriously.

Even if you’ve consumed marijuana outside of a casino then gone inside to gamble, you run into another problem that is probably far worse than slow reaction times—problems with your judgment.

Judgment is critical to making potentially successful bets at table games. While you can probably get away with consuming marijuana then tangling with the one-armed bandit (you only need to bet on all the lines after all), playing at the tables is very different.

You could probably get away with playing a game of pure chance like roulette. Still, any casino games that requires skill, like blackjack or poker, is going to be much more challenging to play successfully with marijuana in your system.

Games like blackjack require careful judgment and a good memory. Marijuana can affect short-term memory, which is a critical piece of memory if you’re going to count cards, but it also affects your ability to make good decisions.

The wrong decision could cost you at the blackjack or poker tables. 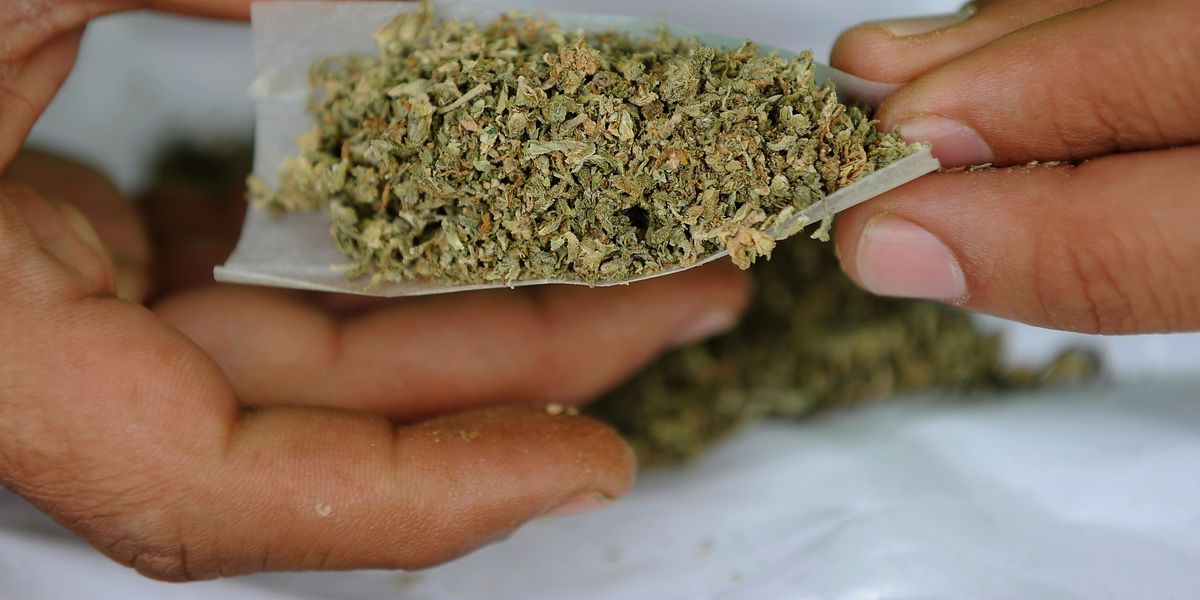 Another problem is not just bad judgment but complete confusion. Even at low doses, marijuana can cause confusion, depending on the individual. Confusion, even in front of a slot machine, can be a severe problem.

For example, imagine that you’re at the blackjack table, and the dealer has an ace showing. Perhaps insurance is offered, but you become confused about your own hand because you have ace nine. You end up making the wrong decision and lose some serious money.

You can see the same thing happening at the poker table. You become confused about the ranking of your poker hand and make the wrong bet, only to find out that you actually should have folded.

The best way to avoid the problems of mixing gambling with marijuana is to not consume marijuana at all. And if you’re already taking advantage of the free drinks on the casino floor, then it may be best to think twice about smoking or consuming edibles.

Do you have experience consuming marijuana while gambling? Do you agree or disagree with this article? Let me know in the comments.

The sale of marijuana is prohibited in the United States with each State having the power to pass a law if they desire permitting the use of medical marijuana. The drug is widely used throughout the United States, even though it is illegal and thousands of users get arrested each month.

The Indian reservation has welcomed this decision as the cultivation and distribution of marijuana on the reservation will be a lucrative business and help the economy of every tribe. There are over 30 tribes in Southern California with an estimated population of around 200,000 thousand. The legalization of marijuana on tribal land will provide tribe members another revenue stream and create additional jobs.

Most tribal casinos make their profit by opening casinos and outlet malls which provide a huge source of income. With the legalization of marijuana not only will these tribes be able to have another major revenue stream but will also have a ready base of customers available at tribal casinos.

Casinos on Indian reservation land attract large numbers of visitors who are very willing to spend money and entertain themselves. The availability of marijuana on reservation land will most likely result in casino visitors indulging themselves to a smoke, without having to worry about being arrested.

However, not all Indian tribes want to legalize marijuana as they realize that it could also pose a number of challenges for their people. The Yakama Reservation which is located in Washington state strongly objects to the use of marijuana and have no plans of permitting its growth or sale on the reservation.

The decision to approve the growth and sale of marijuana on reservation land has not gone down well with everyone. Anti-marijuana groups have been shocked with this decision and have expressed their disappointment in the media. Kevin Sabet, who runs the Drug Policy Institute at the University of Florida said

Native Americans and their families suffer disproportionately from addiction compared to other groups. The last thing they want is another commercialized industry that targets them for greater use.